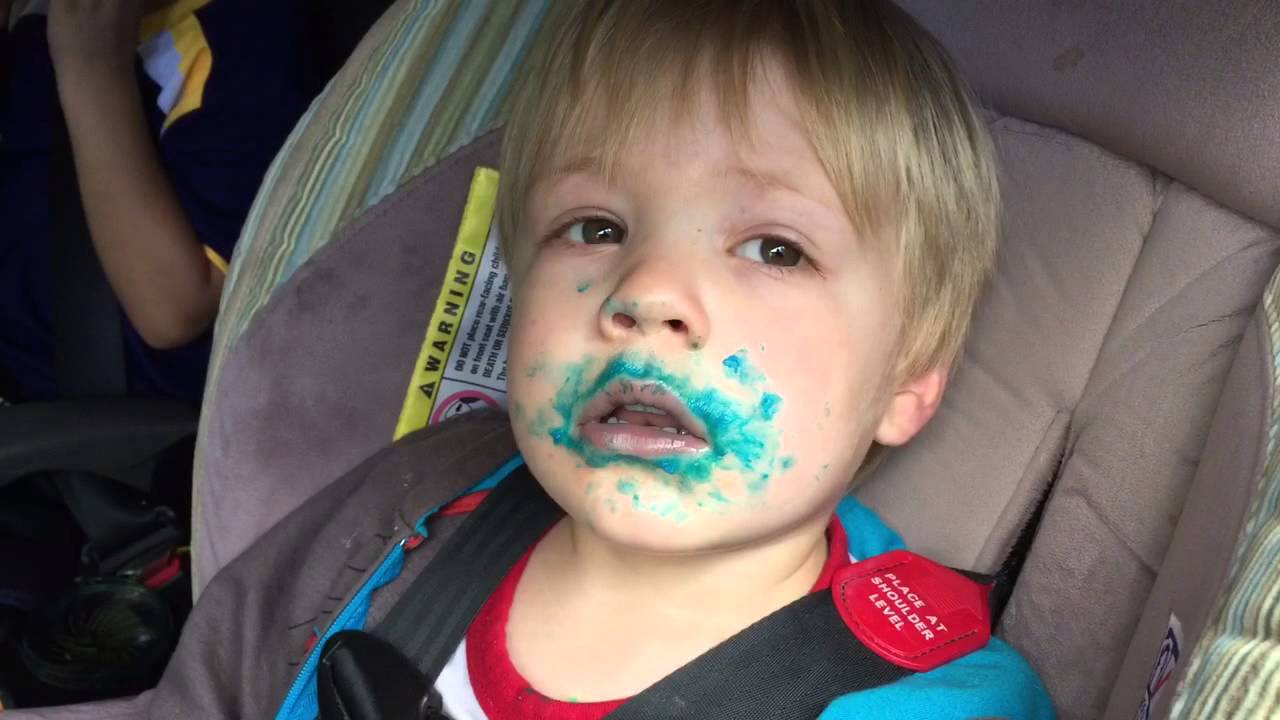 This video has gone viral.
“Boy insists he didn’t get into the cupcakes…”

You’ve got to admit, that kid knows how to stick to his story!
What a great day and age we live in, where the evidence can be documented
clear, and blue as day! Guaranteed this little guy is gonna have that video
shown at his future wedding someday.

Speaking of frosting, my brother and I once got into a can of frosting up at the cottage,
at the age of 8 and 10 respectively. It started with a spoonful, and then, well, it was a new
can of frosting, so that evidence couldn’t remain.. and so we finished the whole thing.
And then, realized, with horror, that everyone at the beach would be wondering what was
taking us so long, and not only that, but an empty tub of frosting in the trash-bin was
another piece of evidence unto itself, so we took the container INTO THE WOODS and
BURIED IT IN THE FOREST behind the outhouse. Because, criminal minds.

“Son, have you seen a can of frosting anywhere?”
“Huh? No.”
“Well I  bought it yesterday for (cousin’s) birthday”
“Oh…. uh nope.”
(2 minutes of interrogation later)
“Well I think I saw our Aunt Joan with it, she was dipping cookies in it”
“Your Aunt Joan?”
“yes”
“Your DIABETIC Aunt Joan?”
“yes”.

Deny, deny deny.
It only took 20 years until we finally confessed to Dad over some beers one day.
I have a feeling this little guy saw the video and the evidence on his face no
more than 20 seconds  after the video was made..